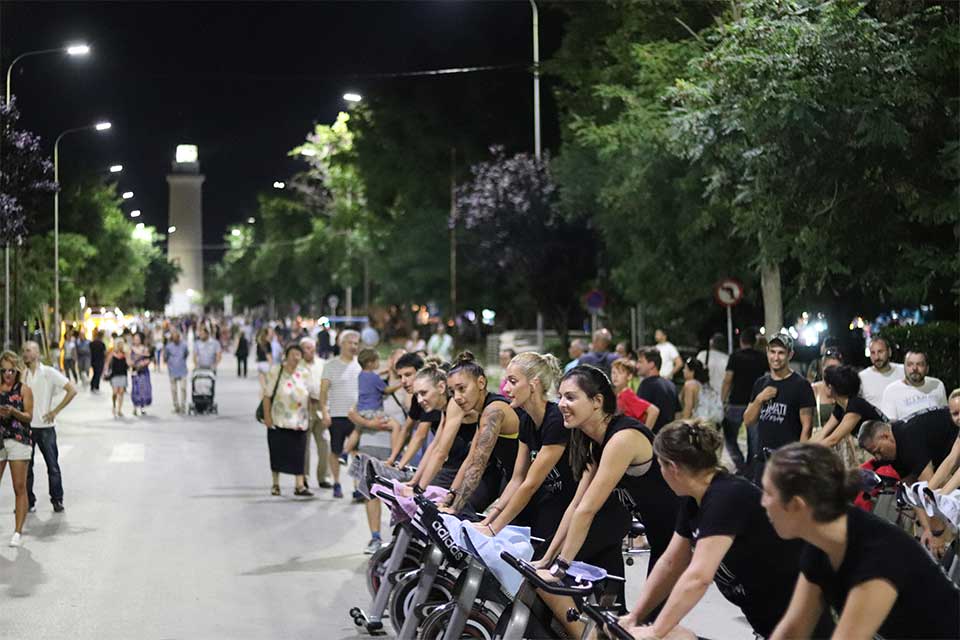 En Somati once again surpassed the usual with a subversive and unpredictable Spinning & Cross Training Show ... with live music !!!

For the 5th consecutive year, the most INSANE Gym of Alexandroupolis participated in the "White Night Alexandroupolis" festival, presenting a training show that turned into live clubbing with summer mood !!!

The coastal road of Alexandroupolis was filled with spinning bicycles, ergometer, gymnastics mattresses and INSANE trainees !!! The training show was accompanied by Giorgos Karadimitris with uplifting songs and live music.

Top time of the white night ... was the new exercise on the Spinning bike !!! Push ups on the bike ...